History and Development of the Company 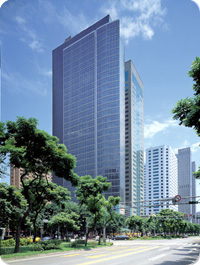 Asia Pacific Wire & Cable Corporation Limited was formed on September 19, 1996 as a Bermuda exempted company limited by shares and incorporated under the Bermuda Companies Act 1981, as amended (the “Companies Act”). The address of the Company’s principal place of business is Room B, 15th Floor, No. 77, Sec. 2, Dunhua South Road, Taipei, 106, Taiwan, and its telephone number is +(886) 2-2712-2558. Puglisi & Associates, located at 850 Library Avenue, Suite 204, Newark, Delaware 19711, is the Company’s agent for service of process in the United States.

The Company is principally engaged in the manufacture and distribution of telecommunications (primarily copper, but also fiber optic) and power cable, enameled wire and electronic wire products in the Asia Pacific region, primarily in Thailand, China, Singapore and Australia. The Company also provides project engineering services to certain customers.

The Company now has three operating segments, consisting of the Thailand region, the North Asia region and the Rest of the World (“ROW”) region.

Charoong Thai is a publicly-traded Thai corporation, the shares of which are listed on the Stock Exchange of Thailand (“SET”). It manufactures aluminum and copper electric wire, medium and high voltage power cables and telecommunications cables. It has subsidiaries and affiliates in the businesses of optic fiber cable manufacturing and telecommunication and network services. Charoong Thai was established in Thailand in 1967 as a limited public company. As of December 31, 2019, the Company effectively owned 50.93% of the issued and outstanding shares of Charoong Thai. The Company’s present intention is to maintain majority ownership of the voting securities of Charoong Thai. The board of directors of Charoong Thai may authorize the issuance of additional shares of common stock of Charoong Thai. The Company has preemptive rights to purchase its pro rata share of any additional authorized shares, less amounts reserved for directors, officers or employees. In the event the board of Charoong Thai decides to cause it to issue additional shares, the Company may decide not to exercise its preemptive rights, in which case the Company’s interest may be diluted. Siam Pacific was established in 1988 as a joint venture between PEWC and Italian-Thai Development Plc. Siam Pacific is now a 100%-owned subsidiary of Charoong Thai and focuses on the manufacture of telecommunications cables, and enameled wires for the domestic Thai market.

North Asia Region
During 2019, the Company’s China (and North Asia) principal operations were conducted through five business entities – Shanghai Asia Pacific Electric Co., Ltd. (“Shanghai Yayang”), Crown Century Holdings Limited (“CCH HK”), Pacific Electric Wire and Cable (Shenzhen) (“PEWSC”), Shandong Pacific Rubber Cable Company, Ltd. (“SPRC”), and Asia Pacific New Energy Corp. Ltd. (“APNEC”). The operating entities include Shanghai Yayang, formerly known as Shanghai Pacific Electric Co., Ltd., a subsidiary in Shanghai incorporated in June 1998 to manufacture enameled wires. The Company’s effective holding in Shanghai Yayang is 68.75%. Shanghai Yayang manufactured enameled wires with a diameter between 0.05mm and 2.5mm for sale and distribution in the eastern part of China, and to Chinese and Taiwanese based end-users up to end of October 2019, then it has been restructured as a trading company.

The Company has an effective holding of 97.93% of the capital stock of CCH HK, a Hong Kong registered company, and its wholly-owned subsidiary company, PEWSC. PEWSC manufactures enameled wires for electric, video and audio products for both domestic and export sales.

The Company holds a 25.0% interest in SPRC, which manufactures rubber cables for the China market. The remaining 75% is owned by Shandong Yanggu Wire & Cable Corp. Ltd. (“Shandong Yanggu”), an established cable manufacturer in Shandong Province that produces a wide range of cable products.

The Company continues to own the equity of Ningbo, which still holds its government-granted business license. The Company has disposed of the buildings and most of the equipment and the land use rights for the property where the Ningbo operations were situated. The principal machinery utilized at the Ningbo facility has either been sold or stored at other operating facilities of APWC.

The Company established a new entity, APNEC, in Taipei City on October 26, 2018 for the new renewable energy business. APNEC seeks to develop an alternative energy business in Taiwan by availing itself of incentives provided by the Taiwan energy authority for the expansion of “green” energy alternatives. This project remains at a development-stage and has not generated any revenues to date.

Sigma Cable owns 100% of the capital stock of Epan Industries Pte. Ltd. (“Epan”) a Singaporean Company. Currently, Epan is acting as the distributor of Sigma Cable products and those of other third party suppliers.

The Company’s business in Australia is conducted by Australia Pacific Electric Cable Pty. Ltd. (“APEC”). The Company’s indirect, beneficial ownership interest in APEC is 98.06%. APEC is located near Brisbane and is one of three major wire and cable manufacturers in Australia. APEC produces a range of power cables supplemented by imports from overseas sister companies. APEC possesses a substantial marketing and distribution infrastructure with a network of sales offices and warehouses in the cities of Brisbane, Sydney, Melbourne and Perth.
↑